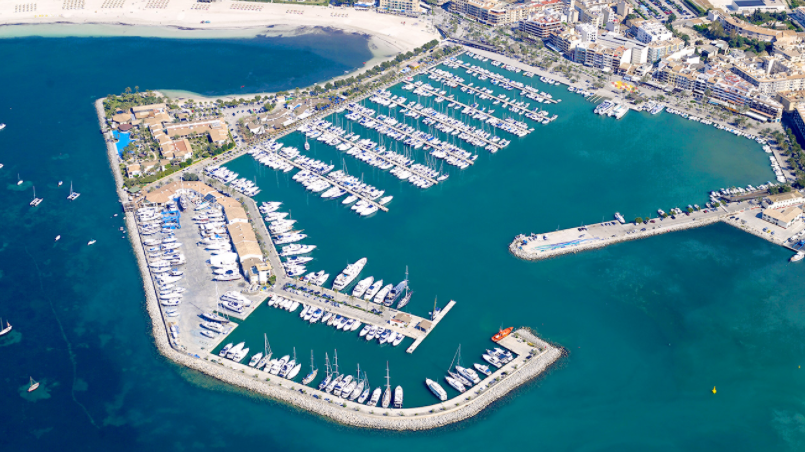 Flovac was commissioned last year to install a new vacuum sewage system at Alcudiamar Port, in Mallorca. This marina is the first one in the Balearic Islands to have this kind of technology. The installation works are almost completed, and the system is expected to start up before the end of the year. 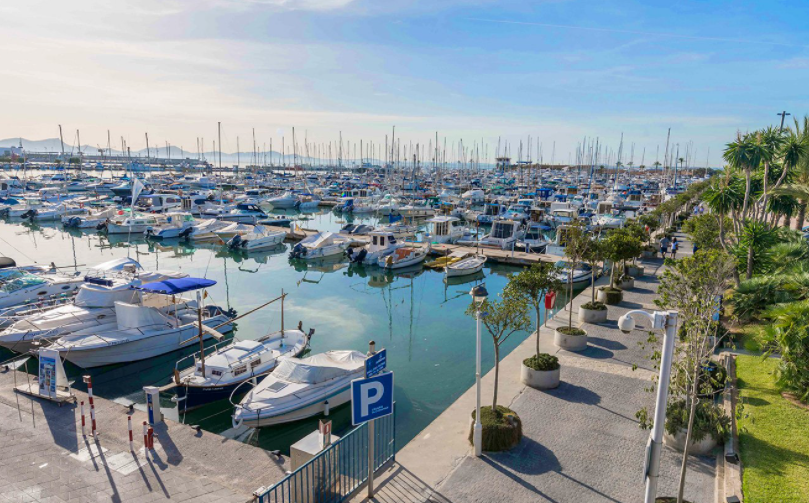 According to Balearic Port Authority in its port innovation platform, the Flovac vacuum sewerage system is ideal for use in marinas and ports. There are currently three more marinas in Mallorca waiting to install the Flovac technology in their next renovation works.

The Flovac system can capture sewage and bilge water from both boats and port facilities, such as restaurants, hotels and commercial buildings around the marina complex. 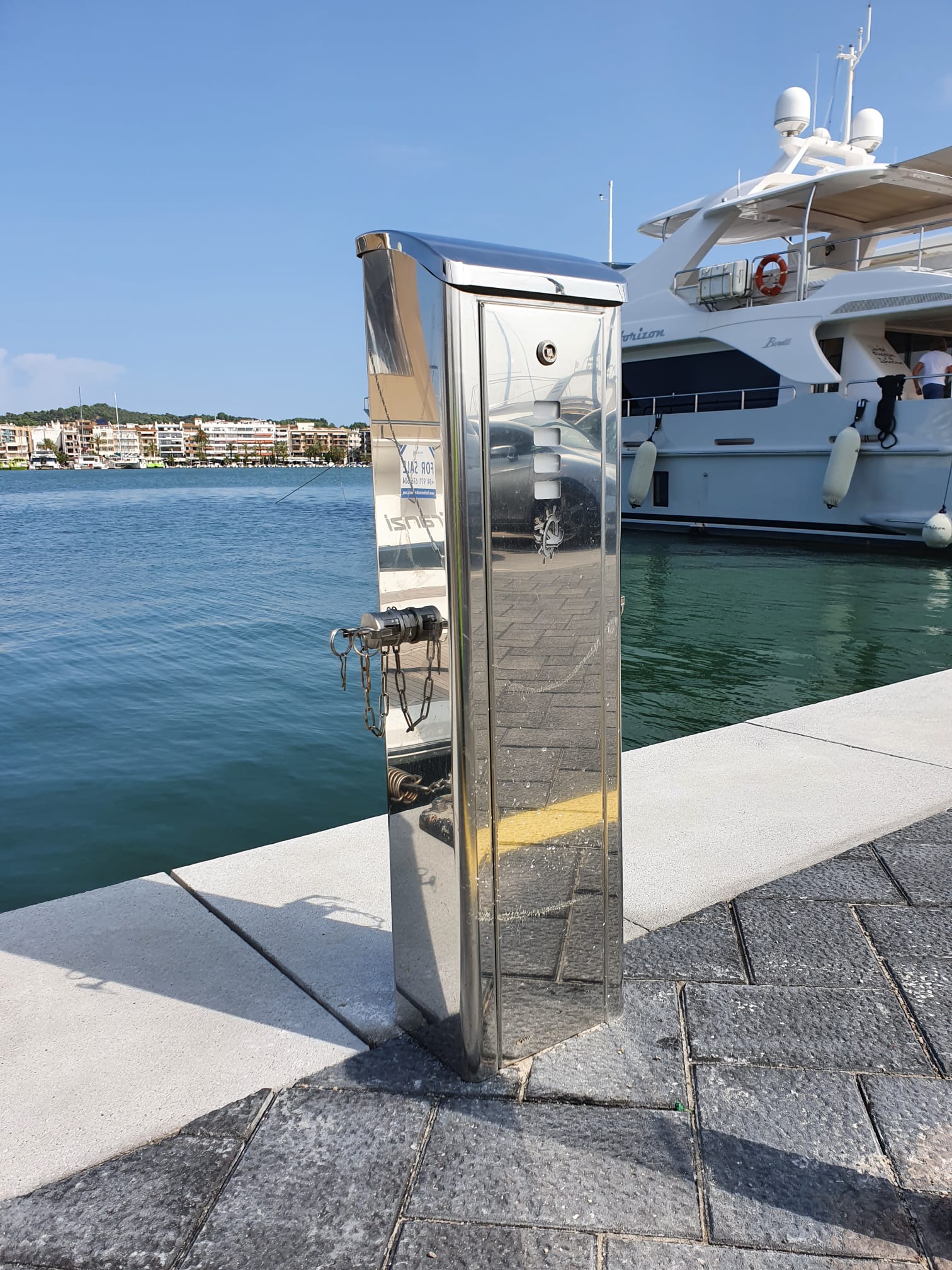 This technology allows the boats to be serviced at their mooring, an essential factor for the optimal functioning of the marinas. The pedestals distributed along the marina are connected to the vessels with a hose, and thanks to the force of the vacuum, the waste and bilge water are sucked directly into the vacuum network. For larger vessels, there are pedestals with wells. When the water reaches the optimum level in the well, the vacuum valve opens and the wastewater goes to the vacuum station.

Only a single electrical connection point is required in the entire system, located at the vacuum station. Also, the vacuum mains are designed to be as shallow in the ground as possible, thus reducing execution costs and times. 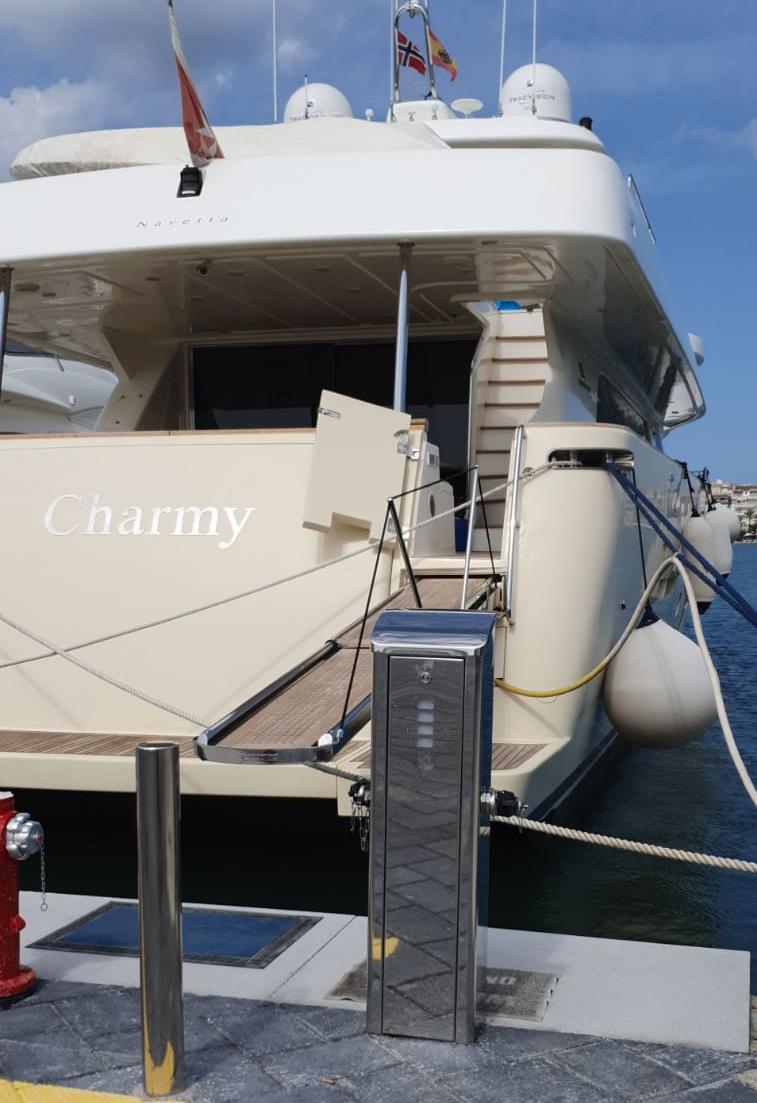 49 pedestals distributed throughout the marina

Flovac offers an efficient and eco-friendly sewerage because it provides service to the boats in their own berth. Not only it facilitates the treatment of waste and black water but it also avoids that boats have to move to the collecting point, thus reducing pollution. Furthermore, there is no chance of sewage spills as all pipework operates under a negative pressure. As no wastewater can leak out of the vacuum pipework, there is no risk of water pollution, which is important especially in tourist areas.