Interview with marina expert for Flovac 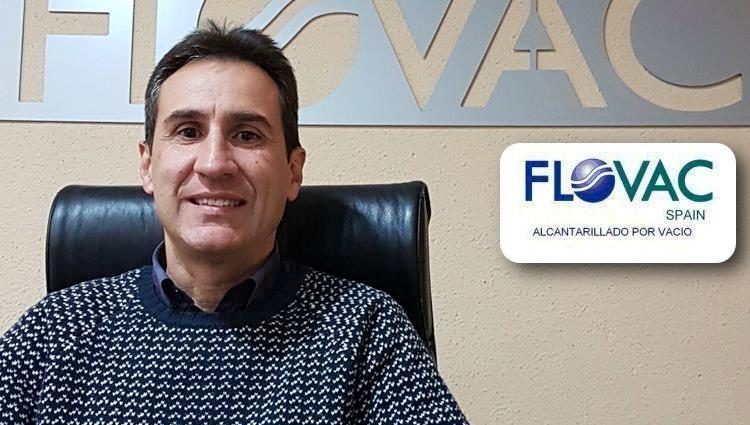 At the end of 2017, aguasresiduales.info, Spain’s leading journal on wastewater and sanitation interviewed Flovac Spain’s Technical Director, Francisco Rodríguez, to understand the massive growth in the vacuum sewerage industry in Spain and elsewhere, particularly for Marina and Port infrastructure.

This is a translation from the original article which can be found here.

We speak with Francisco Rodríguez, Technical Manager of FLOVAC Spain, about vacuum sanitation in Ports and Marinas

The company FLOVAC Vacuum Sewerage Systems, is the world’s largest designer, manufacturer and supplier of complete vacuum sewerage systems. Among its solutions, one of the fastest growing solutions is the complete sanitation of marinas and commercial ports, where a vacuum sewerage network allows the operator to manage the port’s own sanitation network and at the same time service the collection of wastewater from the boats.

Francisco, in general terms, how does a vacuum sanitation system installed in ports and marinas work?

A Flovac valve connected to the vacuum network is installed at each connection point. When it detects that there is about 20 cm of water in the sump, the valve opens, sucks in the water, sucks in air and closes again in a matter of 2 or 3 seconds. All this without electricity, only with the force of the vacuum.   The only point that needs electricity is the vacuum station. The vacuum pumps located in the station maintain a constant vacuum level in the vacuum network that covers the entire port or marina. A tank collects the wastewater before being driven or pumped to the municipal collector or sewage treatment plant.

What advantages does this vacuum sanitation offer compared to traditional sanitation in this type of site?

In marinas and ports, the water table is very high and has often been filled with breakwater, so deep ditches are extremely expensive and technically complicated. Thanks to the force of the vacuum, the pipes can be installed at a shallow depth and serve the entire port or marina with a single vacuum station. The wells where buildings and megayachts are poured can also be shallow, since the valve only needs 20 cm of water to act. The vacuum station itself can be buried (for space or aesthetics) or it can be on the surface, without the need for excavation. Another advantage would be the absence of odors, since when emptying the well each time there is 20 cm of water (about 50 liters), the residence time is minimal and avoids the appearance of the smell characteristic of pumping. In addition, the valve remains open a couple of seconds after emptying the well, so it renews its air. The network of pipes is watertight, since any leakage is detected in the vacuum station and an alarm occurs. In addition, in case of leakage, air will be sucked through the fissure and no residual water will be spilled. Therefore, it is the only system that ensures correct environmental protection of the port or marina.

As for the installation costs of this technology and maintenance costs, replacement of equipment, etc., what can you tell us?

The reduction of excavation in such difficult conditions as a port, means a reduction of important costs, and the reason why sewage collection by vacuum is the most economical solution. The maintenance costs of a system with a single vacuum station, compared to an alternative that would require multiple pumping, are also clearly lower. The valve is specifically designed to work with wastewater. They are manufactured in glass filled polypropylene, with a stainless steel shaft. The result is that the first valves installed in Spain, specifically in Empuriabrava, 15 years ago, continue to operate with a minimum consumption of spare parts

Currently FLOVAC is the benchmark in the installation of vacuum sewerage systems, both in residential areas and in ports and marinas, what are your main references and projects at this time in Spain?

The first installations in ports that we carried out in Spain, more than 10 years ago, were sewerage projects for the existing buildings in the marinas or ports. Later, we added sewage suction points for small boats that had to move to that point. In the most recent marinas, a single vacuum station serves buildings, suction points for yachts located at the gas station, megayachts on their own mooring and even a network of bilge water suction points that are treated before they are sent to the public sewage system.

The result is that among our projects in Spain there are all kinds of facilities: large commercial ports, such as the Port of Barcelona or small ones such as Arenys de Mar, marinas for yachts or mega yachts such as the Royal Marina Juan Carlos I (Valencia), Port Vell and Marina Vela (Barcelona) or industrial facilities such as Marina Barcelona 92 ​​for megayacht repair. To empty wastewater from small boats, suction points are available, usually next to the gas station. Likewise, Flovac valves open and allow the emptying of yacht deposits. The megayachts, on the other hand, have their own sewage pumps, which drive the water to small wells located on the same dock where Flovac valves evacuate the water to the vacuum station. Finally, to evacuate the bilge water from the gas stations, a second vacuum network is required, so that these waters end up in a different reservoir that allows their treatment before being sent to the public sewage system. But the equipment at the vacuum station is the same for both networks.

Finally, Francisco, are marina and port projects being installed in other countries?

Flovac is leading the world in providing sewerage solutions at Marina’s and many countries are now following Spain’s lead which we feel is a world leader in using best environmental practices. Greece has always been another leading country for marinas and we have done a number of projects as far away as Australia and more recently in the Caribbean, Italy is also a very good market for us.