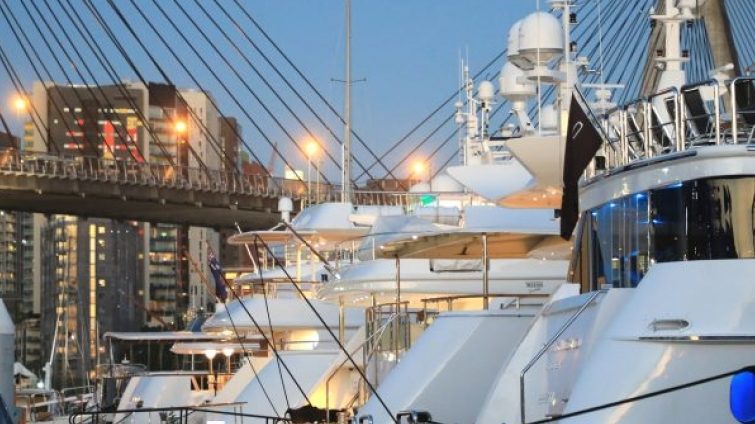 This standout marina was first built in the late nineties to accommodate visitors to the 2000 Sydney Olympics. Since that time, not only have the yachts gotten bigger but the requirements of many of the superyacht owners have reached the point where a number of upgrades to facilities are required. Clemens Overdijk, the Marina Manager since 2016 has been very interested in ensuring that their customers get the best experience possible.

One aspect that is very important to many boat owners is the ability to quickly and cleanly discharge any wastewater from their vessels. No one wants leaks or the risk of overflows, or odors and importantly no one wants to spend hours tied up discharging wastewater. Or even worse needing to go to a different marina to discharge. There are many smaller marinas now unable to handle the size of the tanks, or the depth of the boats, causing them to go elsewhere, at quite a cost.

Clemens looked at a variety of solutions from around the world and found that Flovac, a local company, was doing large scale marina sewage systems at a number of large marinas around the world and catering to the largest of boats. These included projects in Barcelona, Spain, Italy and Greece, home of the superyachts. One aspect of the work that Flovac had been doing around the world  was in the technology space. Flovac has pioneered the use of IOT technologies to enable remote troubleshooting of the system as well as remote operation of the system. Many existing pump out systems require the yacht manager to locate the pump station, turn it on manually (if it is working), go back to their yacht to start the operation which may take many hours to complete. If someone else is using it, or if there is a problem, it may well affect the ability of the yacht to get back into action in a timely manner. Flovac has developed an app for the phone, which the boat owner can log into from the comfort of his or her boat. At a glance they can see if the facility is available. Couple the boat to the plinth, push start on the phone and discharge the wastewater.

The very first superyacht that tried out the new system was the 120′ Sahana, one of the larger boats at the marina. They had experienced a lot of difficulty with the old system, often having to go to a different marina altogether as the system could not handle receiving pumped flows. With the new system, the full pump out took less than 15 minutes and the owner was very impressed. Telling our operator and other boat owners that this was the best system that they had come across in Australia.