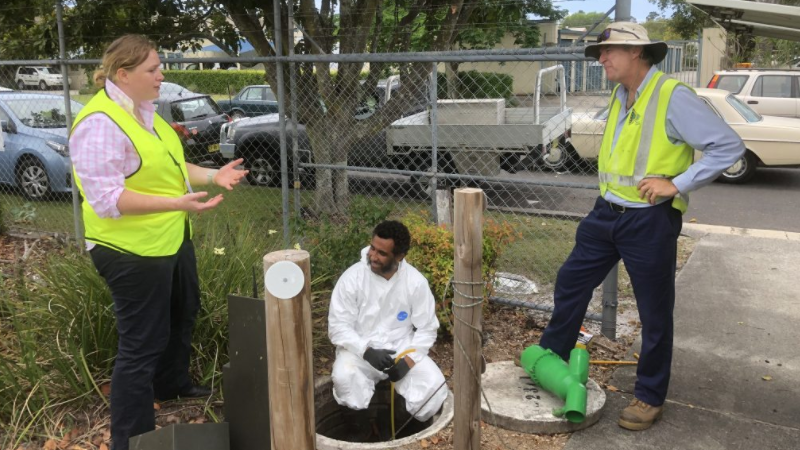 A recent interview with team leader David Parkinson of Byron Shire Council gives insights into the vacuum sewer system installed by Flovac and just how installing a monitoring system can have time saving and financial benefits to councils. The Byron Bay community on the north eastern coast of New South Wales is listed as one of the top ten destinations in Australia for tourists from around the world. Its pristine beaches and popular cafes and restaurants ensured that even through COVID-19, domestic tourism has kept the area as busy as usual. 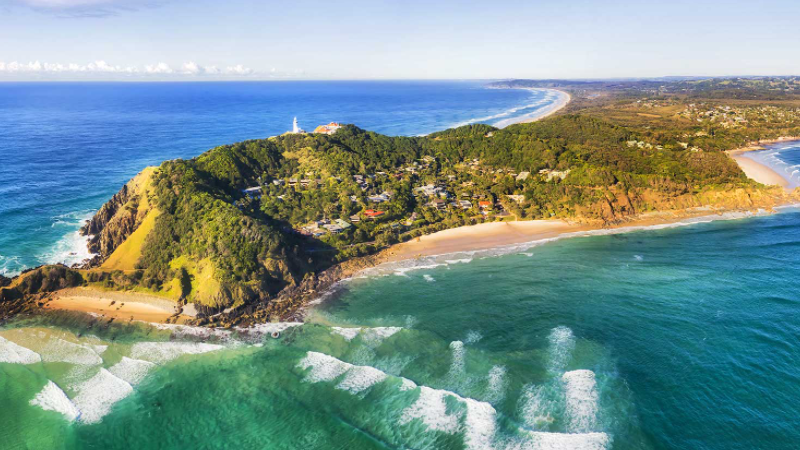 A Flovac system was installed in 1993 in a section of Byron Bay which encompasses light industrial, commercial and residential users. Increasingly heavy rainfalls on the coast revealed the need to pinpoint operational overload issues in the system, which could only be accomplished via the use of automation tools. Retrofitting their system with a monitoring system has given the Council operators a better overview of their systems operation, and a means to protect the mechanical health of this key community infrastructure investment.

Interview with Byron Shire Council about the Flovac system

The team leader of Byron Shire Council, David Parkinson, answers our questions about the operation and monitoring of their vacuum sewerage system after all these years.

David Parkinson (right) in the installation of a new Flovac valve

Essentially my job as team leader was to oversee the install of the telemetry pillars to the 89 pits. Also overseeing the installation of antennae to receive telemetry from the pits, and also the roll-out of training and instructions on installation to staff. I deliver an overview to new staff on the system and how it works.

How long has your Flovac system and the monitoring devices been installed?

The Flovac system commenced being installed in 1993. The monitoring system, in 2020.

How does your monitoring system work?

It’s a great system which has empowered staff to monitor the system in operation using their iPads and mobiles on a daily basis. They are able to fix and rectify faults quickly and seamlessly.

David Parkinson talks about the benefits of having Flovac’s monitoring software integrated in the system as it helps locate any problems or issues in the system much quicker and efficiently. 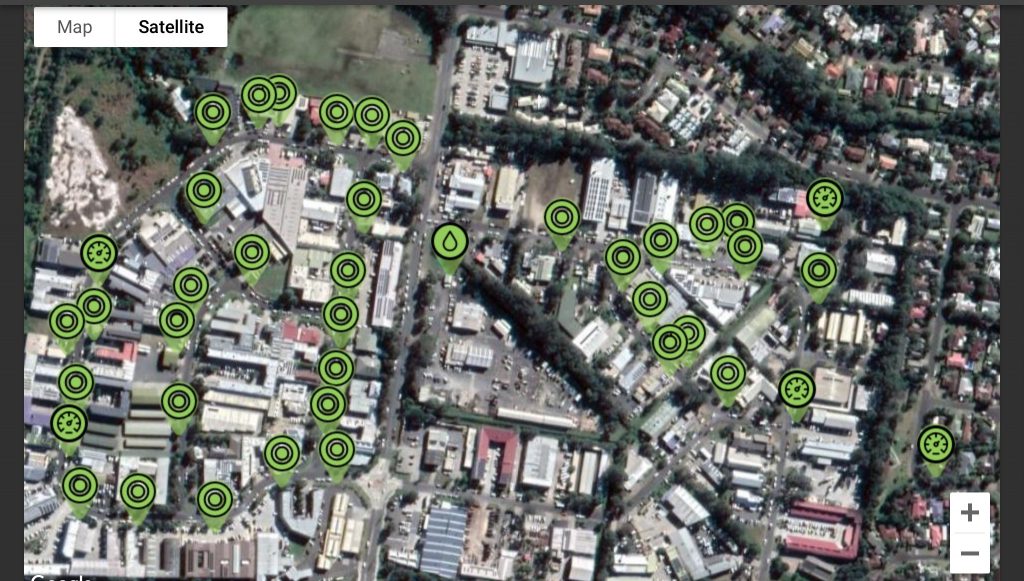 What, in your opinion is the main advantage of the Flovac system itself, and in particular their monitoring system?

The main advantage is in time saving after hours. Staff can monitor the issue before leaving home and drive straight to the pinpointed problem pit or pits.

Is the monitoring device a time and cost saving system?

Yes, its benefits are both; in time and cost savings for operations staff. For example, when it’s extreme weather like our recent big storm event on the East Coast of NSW you can locate the problem much quicker, lessening the time spent in poor weather/working conditions for our teams.

Would you recommend it to other councils with similar low-lying coastal terrain as you have?

Absolutely if you’re going to install this type of system, we would recommend you have the monitoring system on it. We asked our maintenance staff to assist us with the choice of systems when we needed to replace the old one and the Flovac system was selected because of the whole package that was offered. After five years we gradually moved over to this system.

How did you hear about this system?

Flovac approached Council when we were deciding to replace the ageing valves. We were impressed by the ongoing support offered by John Radinoff and his team when he presented the Flovac system’s many benefits to the Management and Operational teams.

David Parkinson talks about Flovac’s ongoing support and assistance. He also mentions the fact that 27 years after the installation of the vacuum sewerage system, we proposed the integration of the monitoring system to help their operators with the maintenance, which highlights our desire to keep improving and innovating. 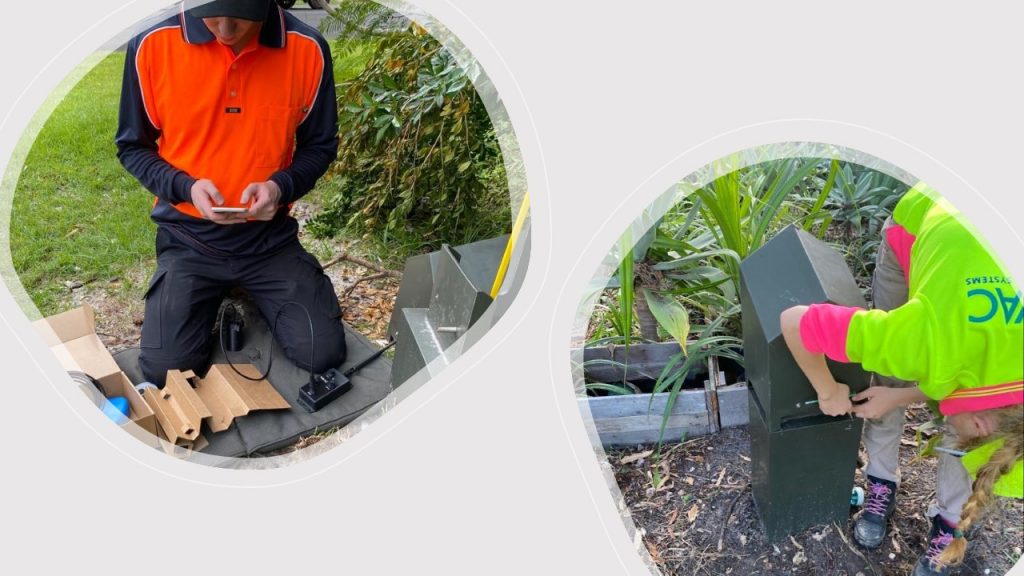 Do Flovac provide good operational support when you need it?

Yes, they have followed through with their ongoing support 24/7. Flovac also offered us the first monitoring service. The company is innovative and developed it to assist us in more efficient delivery of services to our residents.

Has the addition of a monitoring system helped you operationally? If so, in what way?

Yes, absolutely it allows the operational team guys to take control of the system themselves. There are definitely long-term savings which we should recoup within a five-to-seven-year period.

Would you suggest that any new vacuum system automatically should have monitoring built in from the start?

For sure, it’s helped us considerably.

Do you prefer having a vacuum system, or would you prefer a low-pressure pump system? Why?

We have both systems in Byron, each has their own specific purpose.

Would you like to add anything that is not covered in the questions?

As the monitoring system is more refined we will be able to better assess the current Flovac system for even more benefits.

You can contact us for more information about Flovac’s vacuum sewerage system and our monitoring software.